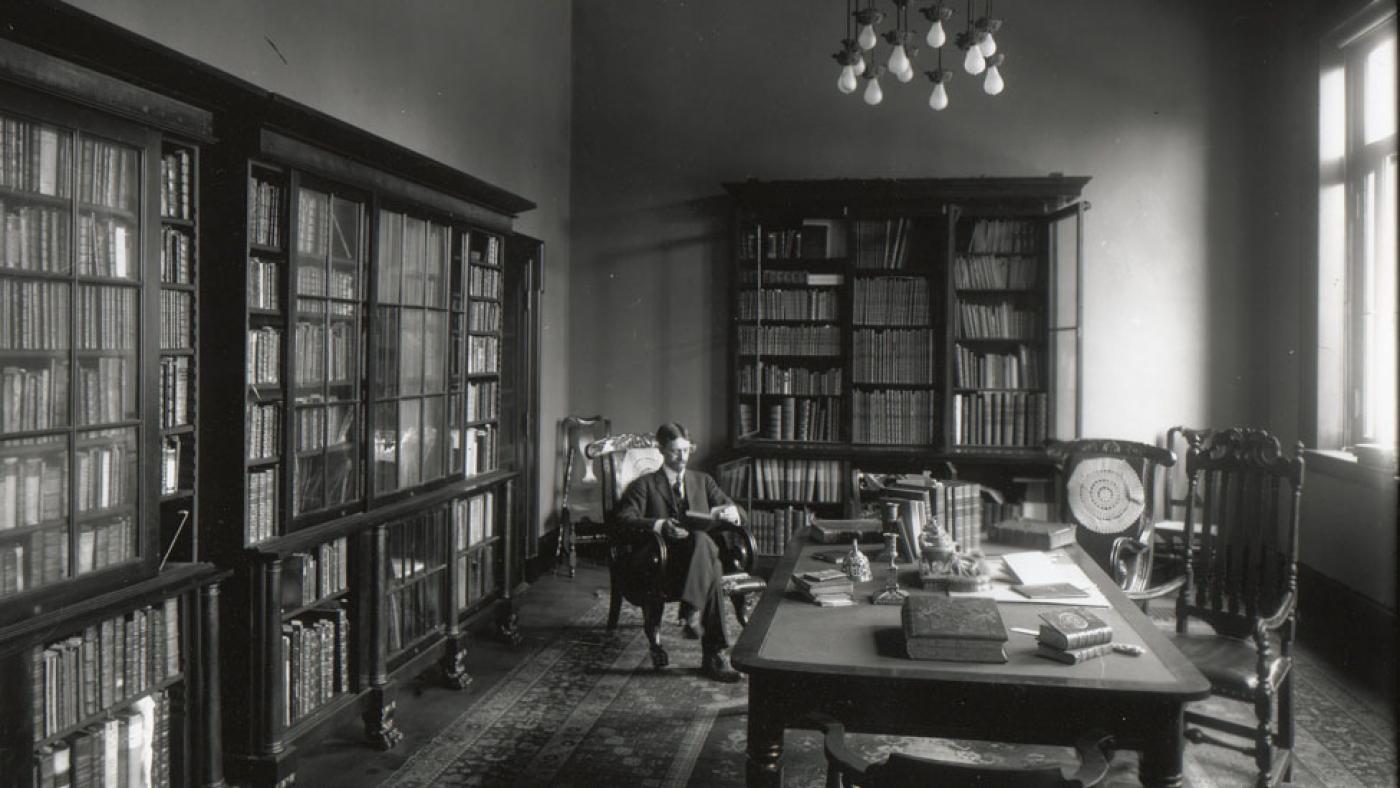 John Carter Brown’s famed Americana collection was initially formed in 1846 through a series of three spectacular purchases – in February, June, and November of that year – that made the Brown family residence on Benefit Street the site of a monument to American history writ large. Hemispheric in scope, and inclusive of all themes and topics related to the history of the Americas (and not merely the purported triumphs of Europe's colonizing powers), the collection quickly expanded to encompass maps, atlases, and other rare materials including indigenous language materials, manuscripts, and cartoons in the latter half of the nineteenth century.

The John Carter Brown Library (JCB) as we know it today came into being when it opened its doors to the scholarly world (in 1904) as an independently funded and autonomously administered institution for advanced research, situated within an ornate neo-classical building on a bucolic corner of the Brown University campus. Today, as a private institution with a public mission to share its historical resources ever more widely, the JCB continues to preserve one of the world’s outstanding collections of primary sources – including books, maps, manuscripts, and other printed materials – related to all aspects of the so-called “New World” during the period stretching from the late-fifteenth century to the middle of the nineteenth century. In addition to the more familiar histories of European conquest and colonization told from the perspective of interested agents of expanding empires, the Library has emphasized in recent years its considerable holdings – in manuscript and printed form – related to the Americas’ earliest indigenous inhabitants: material collected from Greenland to Patagonia by merchants, missionaries, and travelers who placed Native peoples at the center of a historical narrative that is only now receiving the attention it deserves. The history of Africans in the Americas is another area of emerging scholarship – and collection development – that the Library actively supports.