The Embodiment of the Word: European Book Culture and New World Manuscripts, 1540-1600 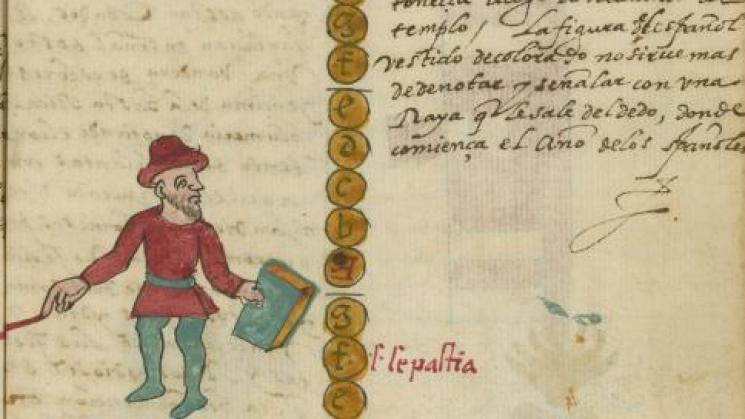 With the arrival of the printing press to Mexico City around 1539, this well-oiled servant of the Spanish crown was put to slightly different use in the newly established Viceroyalty. The expected compilations of royal laws--engendered by the standardizing impulses of the early modern state-- would appear third; the first works to be produced were catechisms, the second texts in indigenous languages, usually the confessionals and dictionaries meant to aid evangelizers. The collection of the John Carter Brown Library is the best in the world, holding 64 of the 131 surviving works to have been printed in the Americas before 1600. But what was made of the printed book by local actors? How did readers in the sixteenth-century Americas interact with these imperial and mass-produced forms? How did indigenous intellectuals, in particular, integrate the printed book into their book tradition, a tradition with millennial-old roots in Mesoamerica? Focusing on examples in the JCBL collection, including the Tovar manuscript and the Codex Coyoacan, two rare indigenous painted manuscripts, this talk will chart out three modes of response to the arrival of the printing press in the New World, part of a current book project.