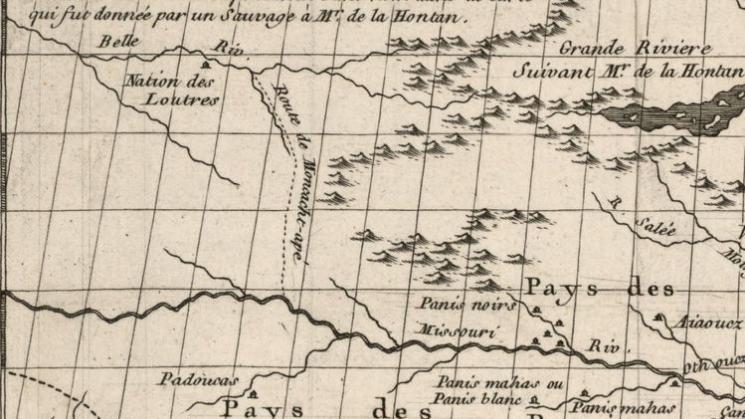 Throughout the seventeenth and much of the eighteenth century, the Trans-Mississippi West was a virtual terra incognita for French imperial planners and colonial officials. Nevertheless, French agents of empire searched for a gulf-like interior sea, la Mer de l'Ouest, which they believed existed in the middle latitudes of Western North America that opened a passage to the Pacific Ocean. Metropolitan ministers and royal cartographers identified two plausible routes to la Mer de l'Ouest – the Missouri River and Lake Winnipeg. Despite being real hydrographical features, the Missouri and Lake Winnipeg were both severely geographically distorted to conform to the imperial fiction of a Mer de l'Ouest. While historians have hitherto attributed the mismapping of Early America to a shifting combination of linguistic misunderstandings, translation difficulties, and different epistemological notions of spatiality between European explorers and Indigenous informers, my research project argues that Indigenous peoples, who realized the gullibility and naivety of French explorers, purposefully misled these newcomers to entangle them in local political and commercial networks.