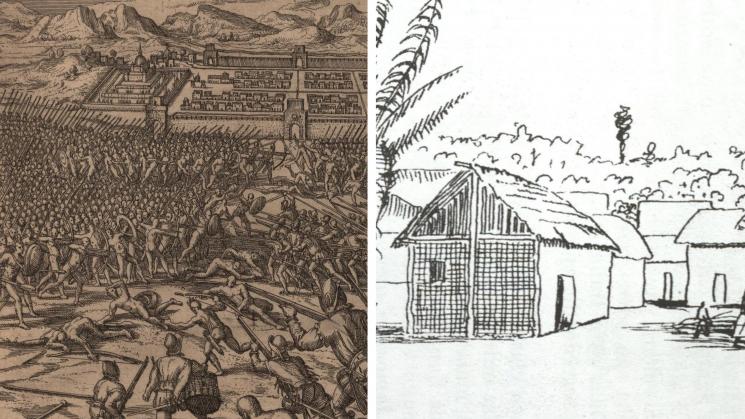 Please join us for presentations by JCB Researchers-in-Residence André Machado and Fernanda Sposito.

"Between heritage and reinvention: the indigenous forced labor in the Brazilian Amazon in the context of the Americas (decades 1820 and 1830)"

In this lecture I intend to discuss about the indigenous force labor in the province of Pará (broadly, the territory that today we know as the Brazilian Amazon) between the decades of 1820 and 1830. In general, the historiography understood that the use of indigenous labor through compulsory mechanisms in 19th century was just a manifestation of a decadent colonial heritage. Conversely, I intend to show that the compulsory forms of labor in the 19th century, including the ones that were imposed upon to the indigenous populations in Pará, are a reinvention of the emerging National States. So, the aim is to demonstrate that in the other countries in America there were the same debates about the need to obligate part of inhabitants to work – especially indigenous people and former slaveries.

"Like Pieces on a Chessboard: Negotiations between Indigenous leaderships, settlers and Crowns in the Iberian Empires (16th and 17th centuries)"

This talk will analyze the ways that Indigenous leaderships and Europeans made deals and fought during the conquest and colonization of the Americas between the 16th and 17th centuries. My point is that the alliance with Indigenous societies was fundamental for the success of the colonization. The key to comprehend this process is to look at these pacts as mediations among different agents with unequal levels of power. From the Kings based in Europe to the chiefs of the Indigenous communities all characters were playing the same game, like pieces on a chessboard, obliged to negotiate and make agreements to keep themselves safe and try to install their projects. This presentation will focus on some primary sources of the Americas colonization, such as documents and images showing the ways that some Indigenous leaderships were described and realized.