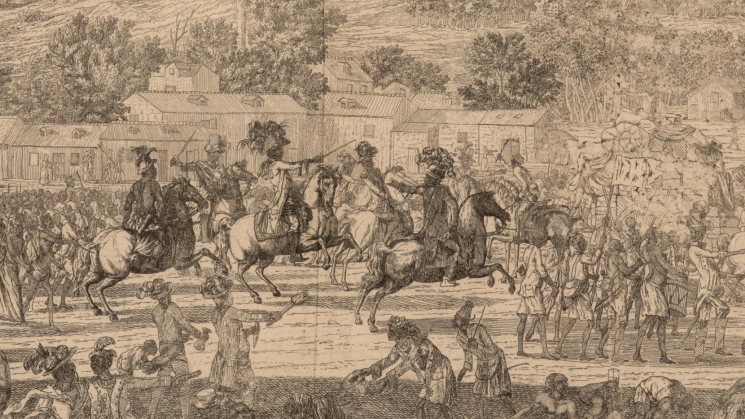 History, Journalism, Haiti: Reflections on the New York Times "The Ransom" Series will bring together the NYT team with several historians of Haiti, both based in Haiti and elsewhere, to talk about the opportunities and the processes for making complex history into news. "The Ransom" series investigated the deep history of Haiti, its liberatory Revolution and the extortion of its resources over centuries. The series, which consulted scholars and included a lengthy bibliography of source material, prompted international action and commentary. It also offered a wonderful case study of the role of investigative journalists, historians, and other scholars in making history news.

Co-convened by the John Carter Brown Library and the Karsh Institute of Democracy at the University of Virginia.

For more information on the event participants:

Catherine Porter is the Toronto Bureau chief for the New York Times; she was part of a New York Times team that won the Polk award for work from Haiti and was a finalist for the Pulitzer Prize.

Constant Méheut reports for The New York Times in France. He joined the Paris bureau in January 2020.

Anthony Bogues is Director of the Center for the Study of Slavery and Justice, Asa Messer Professor of Humanities and Critical Theory, and Professor of Africana Studies at Brown University.  His numerous books include Caliban's Freedom: The Early Political Thought of C.L.R. James  and Empire of Liberty: Power, Freedom and Desire.

Alex Dupuy is Professor Emeritus at Wesleyan University and the author of Haiti: From Revolutionary Slaves to Powerless Citizens.

Marlene Daut is a Professor of African-American Studies and French at Yale University and the author of Tropics of Haiti. Her essays on the 1825 indemnity include “When France Extorted Haiti” and “What the French Really Owe Haiti.”

John Garrigus is Professor of History at the University of Texas at Arlington and the author of Before Haiti: Race and Citizenship in Saint- Domingue.

Peter Hudson is Professor or African-American Studies and History at UCLA and the author of Bankers and Empire: How Wall Street Colonized the Caribbean.