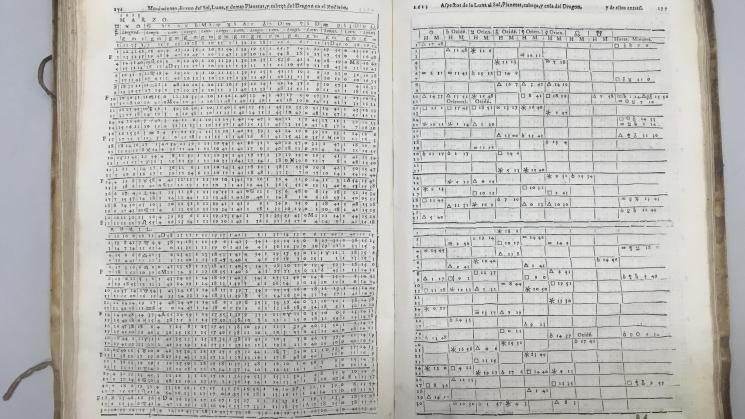 In the 1570s, the Spanish crown attempted to solve the problem of longitude calculation by collecting empirical astronomical observations from across their territories. This enormous project, started by royal cosmographer Juan López de Velasco, was conducted largely through questionnaires whose results were never made public. Velasco’s successors, Andrés García de Céspedes and Juan Cedillo Diaz, built on his achievements but believed print culture was a more effective way to spread knowledge and implement change. The lawyer Suárez de Arguello was part of their scientific circle. He wrote and funded the Ephemerides generales, a text which contains the first printed calculations of solar and lunar eclipses for specific areas of the New World from Tierra del Fuego to California. A unique and rare work, it has not appeared on the market since 1951 and only two other copies are known in American libraries. The Ephemerides will feature prominently in the upcoming exhibition, co-curated by Thomas Haddad, Nydia Pineda, and Neil Safier, entitled “Constellations: Surveying the Heavens from American Soil,” scheduled to open in 2020.