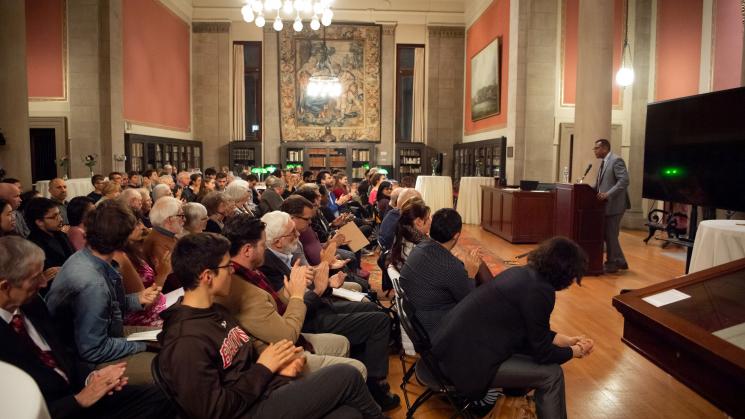 Seventy-five years ago, a small group of benefactors and bibliophiles in Rhode Island came together at a dark time in the nation’s – and the world’s – history. Five months before D-Day, in January 1944, men and women in Providence decided to focus their attention on buying books and preserving historical memory. Thus was born the John Carter Brown Library Associates, founded in a moment of anxiety and unease for which collecting books seemed like an antidote: “America and all that it stands for in the history of ideas," they wrote, "is more than ever important, and important also is an institution such as this Library which for a century past has concentrated upon the single purpose of collecting and making available the original source materials underlying the history of the American nations.”

During that first year, 194 memberships were recorded at the end of the Library’s Annual Report, 110 of whom were from Rhode Island, 82 from seventeen other states, and two from foreign countries. Associates were encouraged to donate $5 a year (approximately $75 in today’s dollars), which means that joining the Association of Friends and Fellows today at our basic level of $50 is a really good deal!

To recapture the bibliophilic origins of the Associates, the JCB celebrated the origins of this august institution earlier this month. Four years ago, we created the Association of Friends and Fellows to fold our fellows’ cohort into this extended family of Library supporters. Our numbers have since grown – especially amongst our fellows – and we have now embraced this group as our annual giving society: directing all donations to where we need it most, whether digitization, acquisitions, fellowships, publications, or conservation.