How deep are the JCB's connections to Mexico? 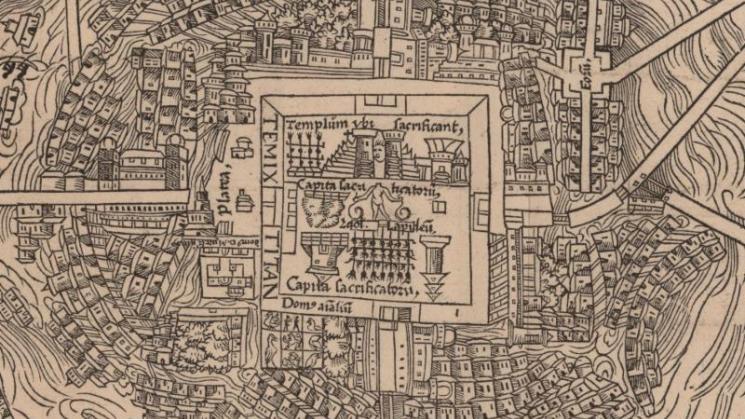 The connections between the JCB and Mexico extend at least as far back as 1846, the year that saw John Carter Brown make several important purchases that related directly to the complex and colorful history of one of Spain’s most important colonies in the Americas. Items 11 through 15 on the very first invoice Henry Stevens, Jr. sent to JCB on February 3, 1846 were the letters Hernan Cortés sent to Charles V describing the conquest of Tenochtitlan, published in Seville in 1523. Additional letters on that invoice were printed through 1525 and published in Venice, Nuremberg, and Toledo.  Puga’s Cedulario (Mexico, 1563) was the earliest Mexican imprint included in JCB’s inaugural purchase (printing in the Americas began in 1539, and anything printed prior to 1600 in Mexico are commonly referred to as Mexican “incunables”), while Bernardo de Balbuena’s epic poem Grandeza Mexicana (Mexico, 1604) and Grijalva’s Historia de Nueva España (Mexico, 1624) represented different genres that began to emerge to describe the province of New Spain.

With the purchase by Librarian George Parker Winship (JCB 1895-1915) of the collection of Mexican scholar and bibliophile Nicolás de Léon in 1896, the quantity and quality of Mexican materials skyrocketed. We are still adding to our Mexican collection, most recently with a spectacular purchase of pamphlets from the First Empire collection of W. Michael Mathes.

Collecting History of the JCB Library