Resources for the Study of Slavery and its Legacy

The John Carter Brown Library's collection has many resources for the study of slavery, the slave trade, and its ongoing legacy. We will keep this page updated with materials and resources that are relevant to general and scholarly questions about its history.

Most of the historical documents used in the Slavery & Justice Report are from the Brown family business papers collection at the John Carter Brown Library, located on the main green of the University campus. John Carter Brown (1797-1874) was the grandson of Nicholas Brown (1729-1821), one of the four Brown brothers whose business activities were investigated in the Report. The records of Nicholas Brown & Company – along with hundreds of thousands of other documents produced by seven generations of Brown family companies – were transferred to the Library from the family’s counting house on South Main Street in Providence in the early 20th century. The Browns were meticulous record keepers, and the extraordinary scope and completeness of this business archive enabled the Committee to examine the family’s engagement with slavery and the slave trade with illuminating clarity, as in the vivid tracing of the 1764 voyage of the slave ship Sally.

The Brown family business records are just one example of the Library’s significant holdings for the study of the history of slavery and the slave trade.  As the steward of one of the world’s most extensive collections of books, maps, and manuscripts relating to the early Americas, the Library is uniquely suited to contextualize the findings of the Slavery & Justice Report within the global history of the transatlantic slave trade. From early Dutch descriptions of slave trading forts to editions of the eighteenth-century code noir regulating slavery in French colonies, the Library acquires, preserves, and makes available – for in-person and online consultation – the historical evidence that is vital to understanding the impact of slavery on the shaping of the modern world. By supporting scholarship and through ongoing public programs (and especially its recently announced African Americas Initiative), the Library encourages engagement from all interested publics – students, scholars, and community members – in advancing conversations around the horrific realities and ongoing legacies of the transatlantic slave trade. 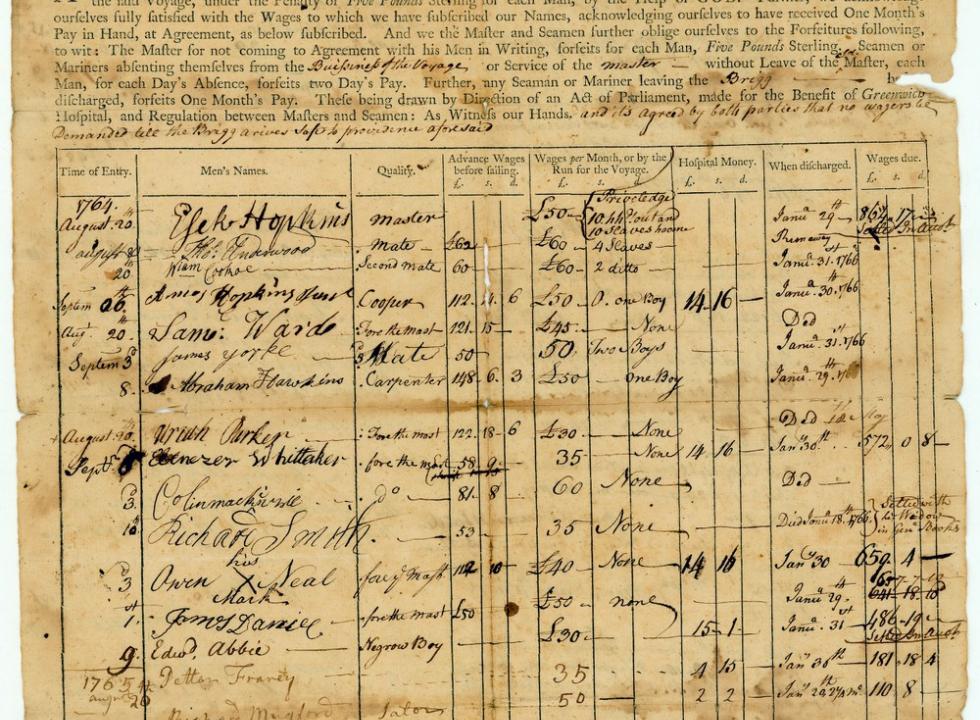 The Brown Family Business Records at the JCB

Spanning the better part of two centuries and occupying over 1,300 boxes of material, the records of the Brown family’s various business ventures held at the John Carter Brown Library constitute one of the largest and most complete collections of business papers generated by an American mercantile family....