A briefe and true report of the new found land of Virginia.

Between 1590 and 1634, Theodor de Bry (1528-1598) and his heirs published an impressive series of around 50 European travel accounts to America, Asia and Africa. The unique selling point of the series were the almost 600 engravings, many of them original to the workshop. The thirteen-volumes on American travels series constitutes one of the most influential representations of how European audiences imagined the “New World”. This first volume of the America series is different from the others because it was published in more languages (not just in German and Latin, but also in English and French) and based on an unpublished set of watercolors made by John White. It is a report of Thomas Hariot on the 1585-1586 expedition of English settlers to Roanoke Island (off the outer banks of present-day North Carolina), and aimed to convince investors to continue funding English colonial projects. The collection of De Bry voyages in the library was is a sophisticated copy, created from several incomplete sets, by the London book dealer Henri Stevens on John Carter Browns request at the end of the 1840s. 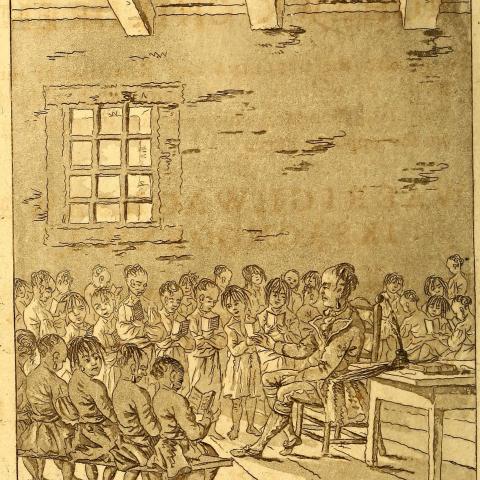