“Indian Castles” and “Barbarous Frenchmen”: the Shadow of New France in the American Revolution 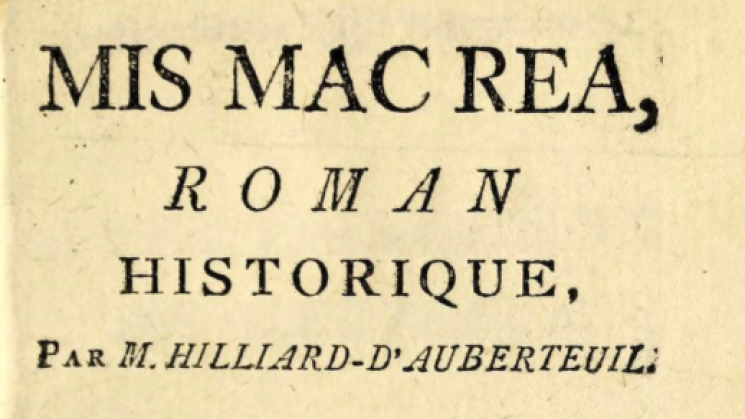 This week, our speaker is Blake Grindon, a PhD Candidate in History at Princeton University, where she is at work on her dissertation, “The Death of Jane McCrea: Sovereignty and Revolutionary Violence in the Northeast.”

France’s place in the history of the American Revolutionary War has long been marked by its allyship with the fledgling United States. However, present, but often obscured within this story are other cross-Atlantic French alliances: those France developed with Native Nations through its own colonial ventures in Canada. This talk will examine the subject of her dissertation, the death of Jane McCrea during Britain’s Northern campaign of 1777 as she appears in the focus of Grindon's research at the JCB—the writings of Michel-René Hilliard d’Auberteuil on the American Revolution. She will explore how Hilliard d’Auberteuil’s books were influenced by the French and Native American history they largely refused to openly acknowledge.