Rooms of their Own: Dwellings of the Enslaved and the Free in the Early Americas

The physical structures that housed those who lived in slavery in the early Americas are a potent symbol of the dehumanization of the millions of Africans and people of African descent whose labor built New World plantation societies. They are also a tangible embodiment of the social and economic system that left them at the mercy of profit-driven slave-holders.

Using items from the John Carter Brown Library's unparalleled collections on the history of slavery in the Americas, this exhibition presents a narrative of slave dwellings that ranges from El Mina – the fifteenth-century slaving fort on the Gold Coast (now Ghana) – through the Middle Passage to plantations that represented, in the words of W.E.B. DuBois, a veritable descent into hell in a New World. The exhibition focuses on construction techniques used to build plantation slave dwellings, the domestic activities that took place within them, and the ways in which slave dwellings formed part of a larger colonial built environment; questions the hegemony of plantation hierarchies; and considers slavery and housing in the nineteenth century, as old metropole-colony political structures collapsed through revolution and new republican nation-states built on and through slavery emerged.

To see digital surrogates of many of the works used in this exhibitions, click here.

Africa, America, Commodities and Food, Slavery and the Slave Trade
Show Past Events 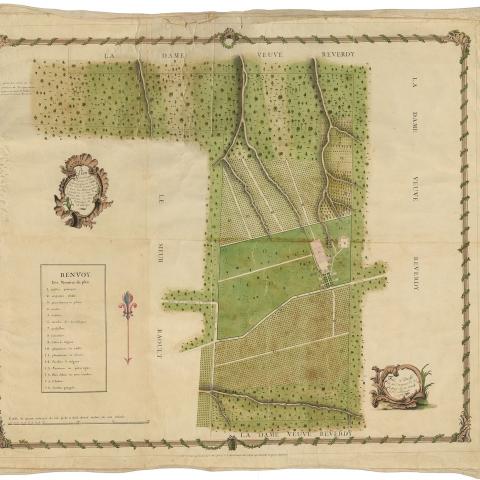 This exhibition was curated by Bertie Mandelblatt.