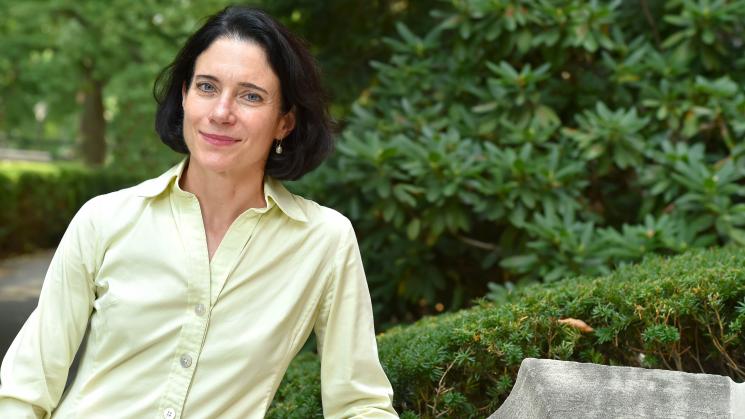 Barbara Mundy, Professor of Art History at Fordham University and a 2017-2018 long-term David R. Parsons Fellow at the JCB, attests that there is no better place to work on her research than in the JCB’s collection. She shares, “It is, hands down, the best in the world, holding 64 of the 131 surviving works to have been printed in the Americas before 1600. Animating the collection of century-old volumes I'm working with is the living expertise of the Library staff.” In support of her project, “The Embodiment of the Word: European Book Culture and New World Manuscripts, 1540-1600,” Mundy consulted some of the first printed works in the Americas. Works created on the printing press that was imported from Seville to Mexico City were particularly useful.

“Thanks to the foundational work of late 19th and early 20th century bibliophiles, scholars have a good understanding of what was coming off the press – the law compilations, the catechisms, the confessionals, the dictionaries; many of the latter three were translations into indigenous languages. What we don't know is what the public made of this new world of print,” observes Mundy. “By ‘public’, I'm particularly interested in the millions-strong Nahuatl-speaking communities, whose reception of the printed page was conditioned by their own deeply-rooted book tradition. The JCB collection offers me three key resources among their American incunables: printed books with annotations that reveal reader engagement; manuscript books that mimic printed books; and indigenous manuscripts whose makers are in dialogue with printed forms. But this is a living tradition, and in my frequent trips to Mexico, I'm also able to see traces of the indigenous responses to European books very much alive today.”