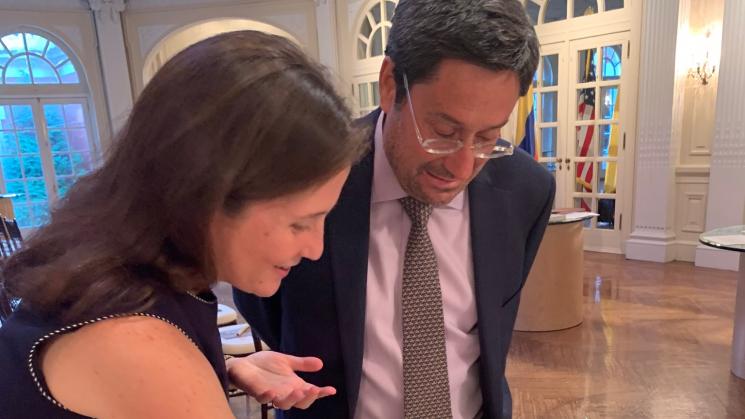 In celebration of the bicentenary of Colombia's independence from Spain, the JCB partnered with the Embassy of Colombia in Washington, DC for events highlighting the Library's extraordinary collection of early Colombian history. On September 12, 2019, former JCB fellow Cristina Soriano (a historian at Villanova University outside Philadelphia) and Director and Librarian Neil Safier joined Ambassador Francisco Santos Calderón (shown with Soriano, above) in a conversation about history, politics, and libraries at the official residence of the Ambassador (the historic Thomas T. Gaff House in Dupont Circle). A display of documents were made available to the public during the afternoon, while diplomats, special guests, and the media were on hand later that evening to celebrate the anniversary of the Battle of Boyacá, which definitively vanquished royal Spanish troops and paved the way for the consolidation of Gran Colombia, through the JCB's collection. 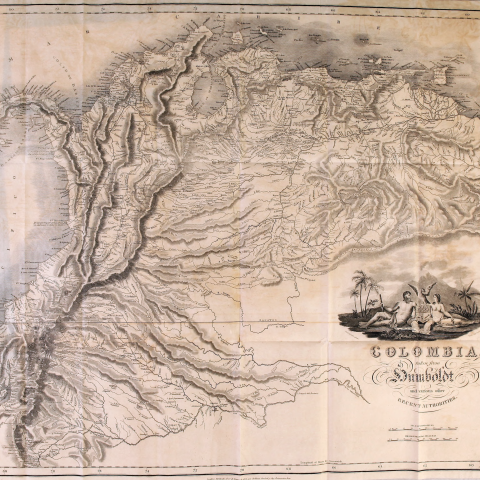