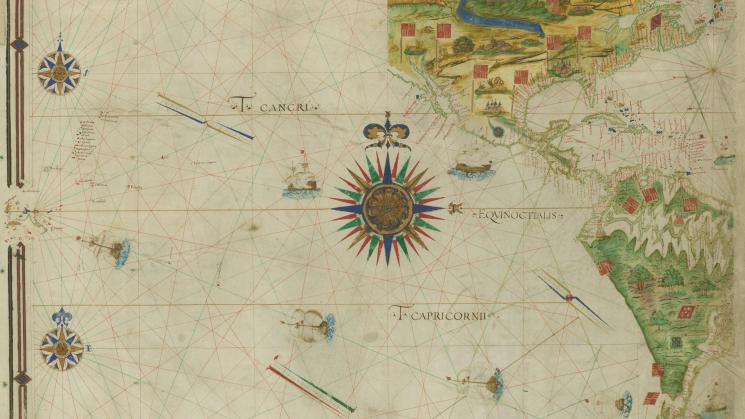 In 1974, former JCB Librarian Thomas R. Adams produced a volume that listed the 101 most coveted books, maps, and prints that were *not* at the JCB. In carrying out the work of the Library, he wrote, “we have found it impossible not to dream from time to time of the outstanding books, maps, and prints still not on our shelves.” Over the years, the Library has worked hard to acquire some of these “rare” or “scarce” treasures. As a result, Robert Rich’s News from Virginia came into our collection (a gift from Paul Mellon) in 1997 and Antonil’s Cultura e opulencia do Brasil por suas drogas (Lisbon: 1711) was acquired in 2002. And now, we can add an Amazonian item to the list: the South American map of Samuel Fritz entitled “El Gran Rio Marañon, o Amazonas” (Quito: 1707). According to the dealer who sold it to us, it may be the first map printed in South America, thus adding to our collection of early imprints from Latin America more generally (and we’re happy to agree with the dealer’s suggestion!). But whatever “first” it may be, it fits in a perfect line between some of the earliest Amazonian accounts from the continent – like the spectacular Pereira map of the western hemisphere – and the later era of scientific exploration in the eighteenth century.

Of course, many items from this 1974 publication still elude us, but with any luck at all – and through the generosity of our supporters who understand the importance of feeding our appetite for new acquisitions – we will chip away at this list, one item at a time.