By the 17th century, travel narratives had become so lucrative for printers, they decided to repackage them in order to create new, imaginary voyages and travellers. The Amsterdam printer Van Hoorn published the round the world trip of a certain Edward Melton, who supposedly travelled to Egypt, New Netherland, the West Indies and Asia. However, Melton seems to have been an invention of the publisher, who used existing travel narratives like Johann Michael Wansleben (1677), Adriaen van der Donck (1655) and Arnoldus Montanus (1671) and attributed them to Melton. The account of the West Indies is in part taken from a work he published three years before, Exquemelin's *De Americaensche Zee-Roovers* (1678). This allowed Van Hoorn to reuse some of the impressive plates that were made for this work. 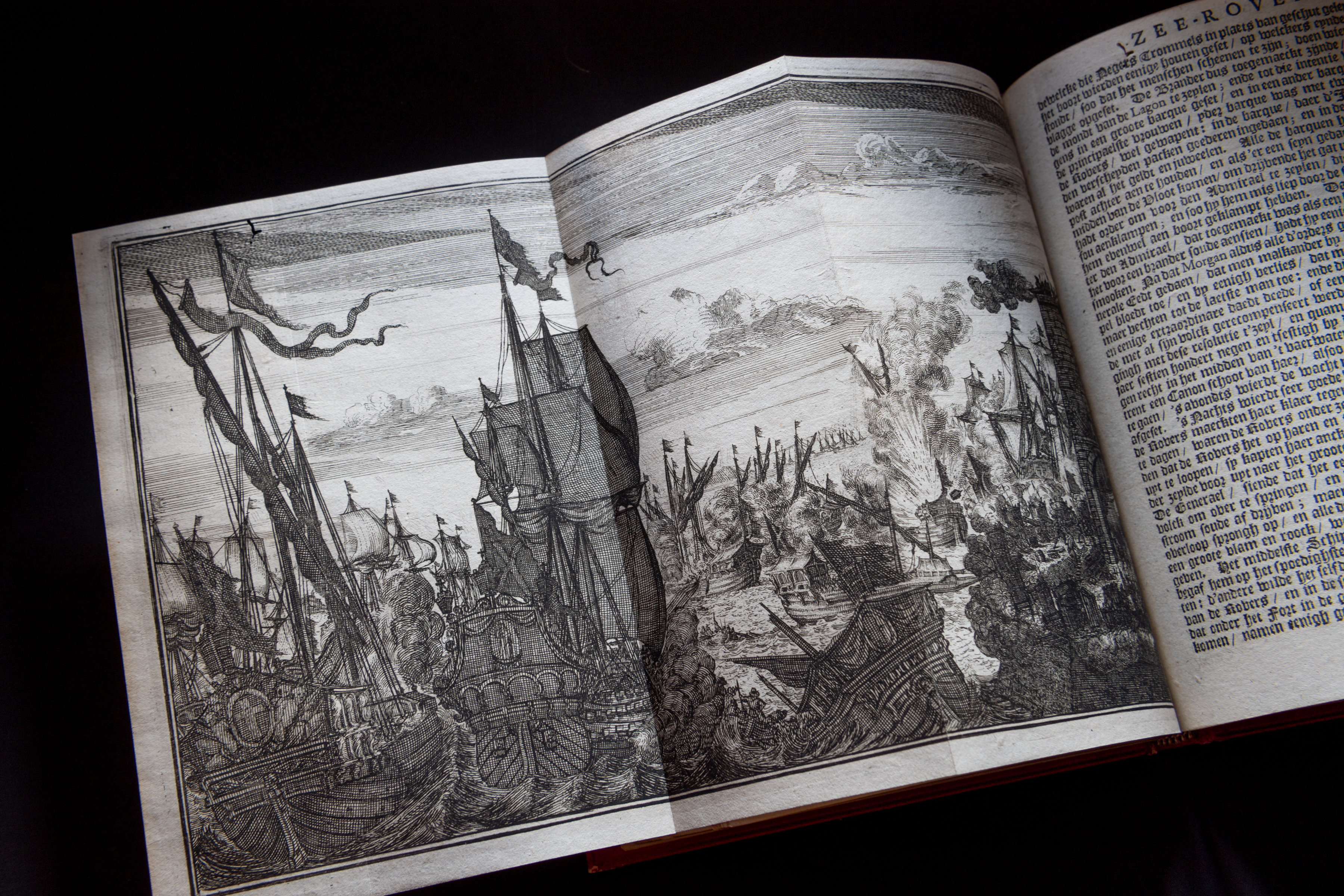