Purchased in 1913, this manuscript map of continental North America was drawn after Louis Jolliet’s canoes overturned within sight of Montreal, at the conclusion of the 1764 voyage he made with Jacques Marquette to map the Mississippi River Valley and to follow the river to the Gulf of Mexico. Jolliet tragically lost his logbooks and maps on this disastrous occasion, although he drew another – now lost – map based on his voyage, upon which this JCB map was based. It is a tremendously important cartographic representation of the European geographic knowledge of the North American interior for two reasons: it marks a pivotal move inland from the east coast, which continued to be a preoccupation for Europeans, and it represents the absorption of indigenous geographic knowledge by the French and a significant advance in French-indigenous political, social and economic alliances. 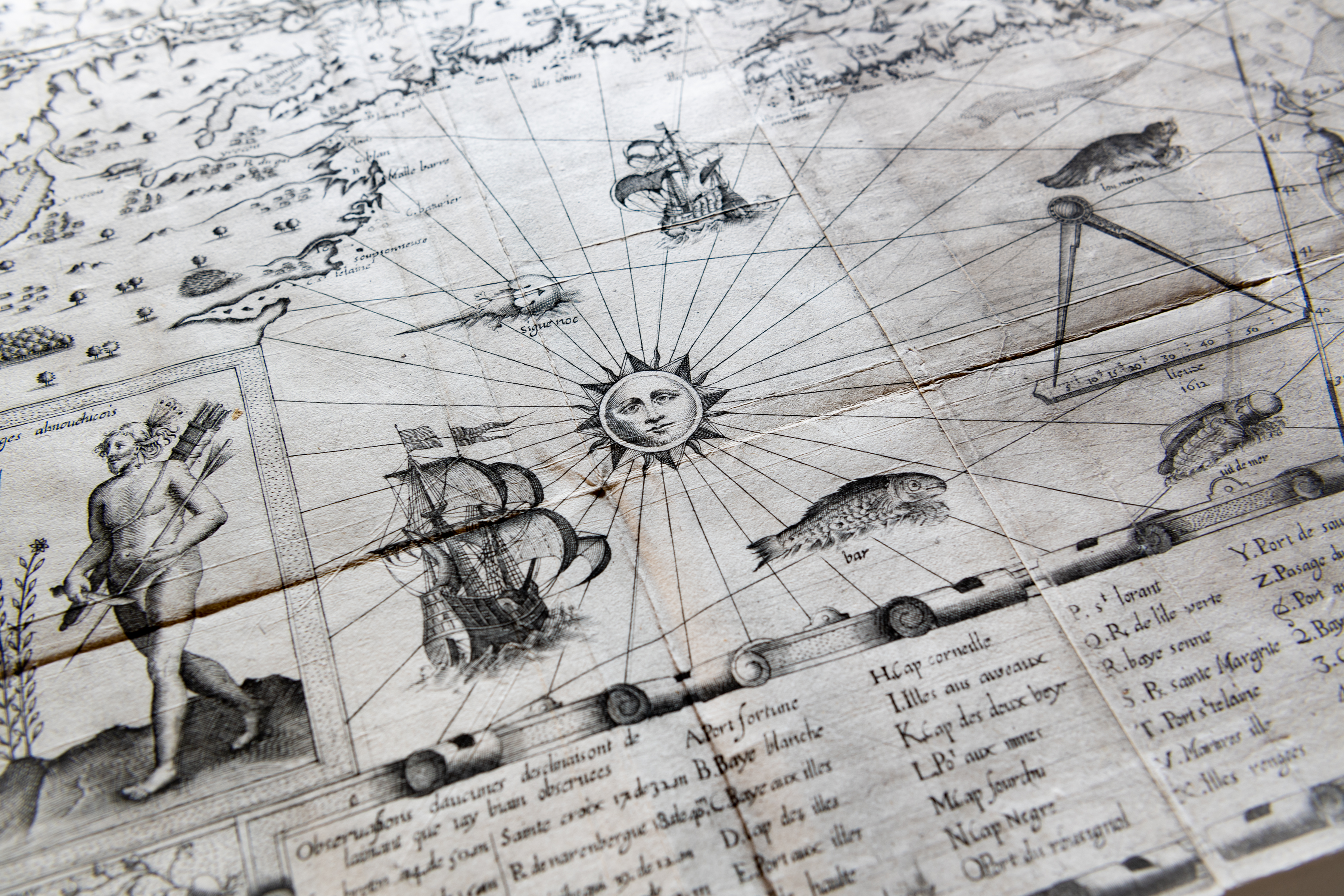