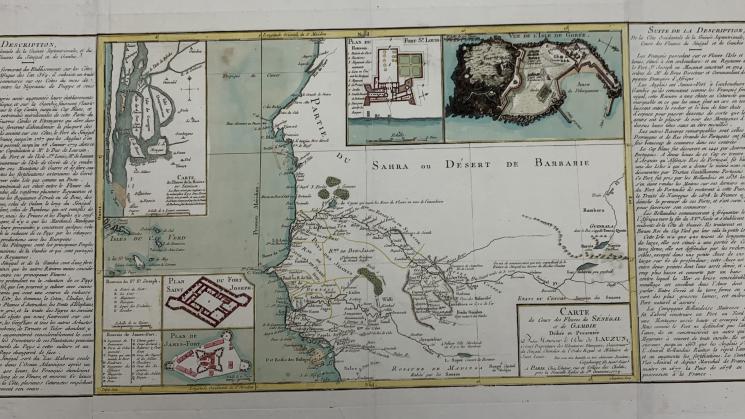 The JCB recently acquired this beautifully colored and extremely rare 1779 map of the coastal and inland regions of what is today Senegal. Specifically, the map depicts the courses of the Senegal and Gambia Rivers, and it is overflowing with cartographic and narrative details that cast light on a crucial moment in the history of West Africa, of transatlantic slavery as well as of global European empires.

The map was dedicated to the Duc of Lauzun, a high-ranking French military officer who would distinguish himself in the decisive Franco-American victory at Yorktown two years later. In early 1779, Lauzun successfully led the French expedition to recapture the colonies of Upper and Lower Senegal that the British had seized from the French in 1758. This map extends our understanding of this recapture, drawing attention to crucial shifts in the ways the French were envisioning their empire after their losses of the mid-eighteenth century. While five inset maps provide details of mainland forts and the Island of Gorée, two panels of narrative text on either side of the map describe the history of French and other European involvement in the region: from transatlantic slavery in previous centuries to new ideas of inland agricultural expansion and French-controlled trades in slaves, gold and gum. The map develops this agricultural focus cartographically, depicting four gum forests (three north of the Senegal River, and one large one inland between the Senegal and the Gambia Rivers) amidst a wealth of other geographic and ethnographic data.

In this first year of the JCB’s African Americas Initiative, this map attests to the pivotal role that textual and cartographic objects play in widening our understandings of the tight bonds that linked the Americas to Africa and the ways colonial societies in the Americas were rooted in these connections. Here, Longchamp’s map of Senegal dedicated to the Duc de Lauzun shows us that French enthusiasm for recolonizing West Africa in the last decades of the eighteenth century was profoundly global in nature. 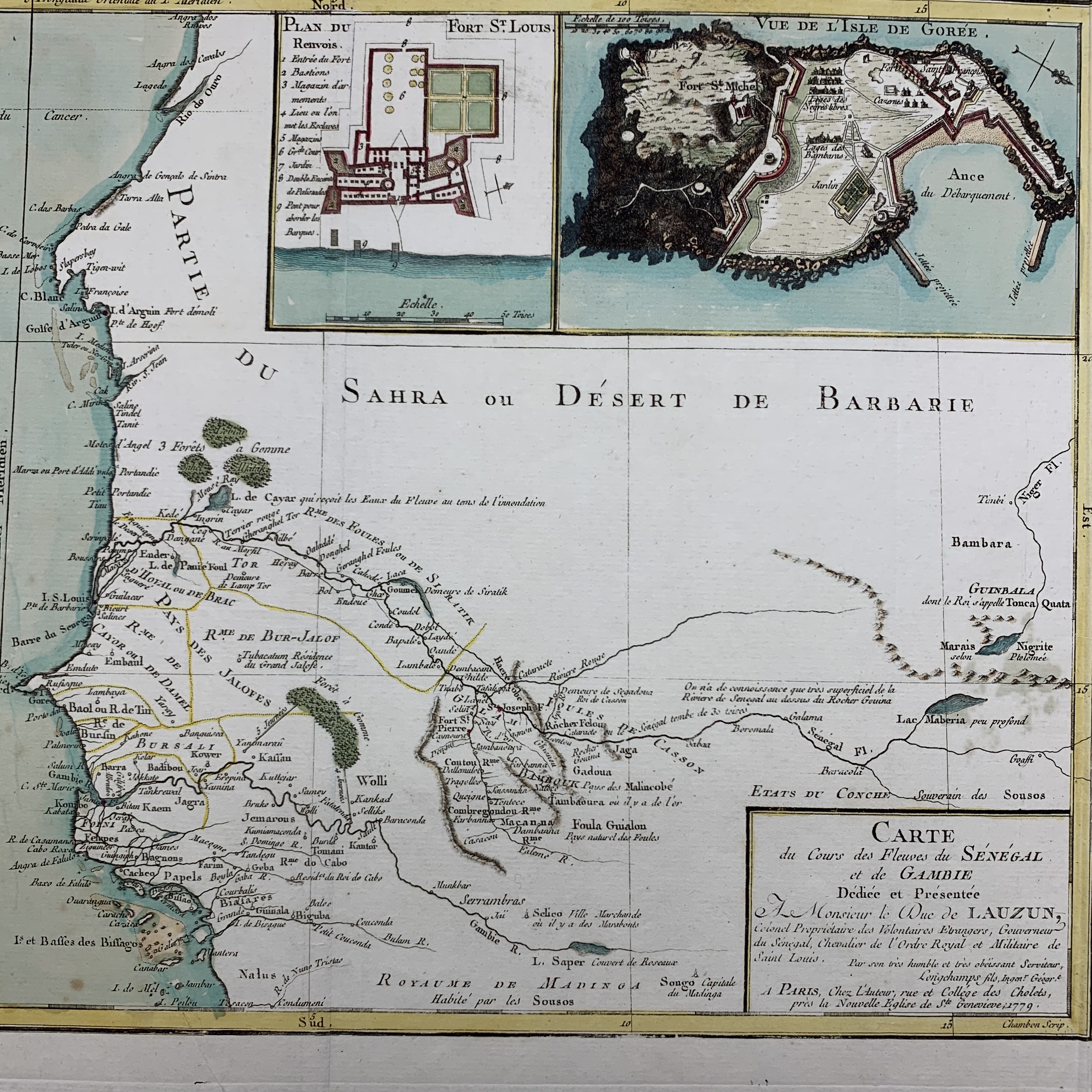