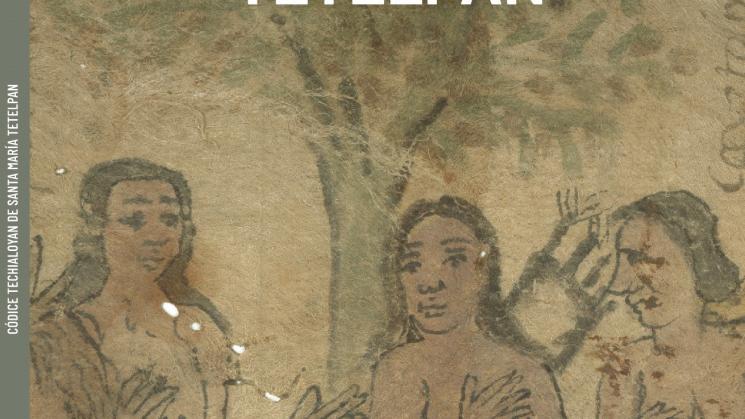 When Lawrence C. Wroth published Some reflections on the book arts in early Mexico, in 1945, he didn’t know that one of the images included in this little book would catch the eye of an American anthropologist living in Mexico City. Robert H. Barlow was a poet, a specialist in Mesoamerican culture, a translator of Nahuatl, and the driving force behind the periodical Tlalocan: A Journal of Source Materials on the Native Cultures of Mexico. The image belonged to a manuscript written and painted in fig-bark paper, appearing to date back to the sixteenth century.

Barlow, who had previous connections in Providence—he was a friend and literary executor of H.P. Lovecraft--, corresponded with Wroth and obtained a photostatic copy of the fourteen leaves that comprise the Codex Santa María Tetelpan, preserved at the John Carter Brown Library. He deduced that it belonged to a larger group of documents known as Techialoyan: late seventeenth-century documents from central Mexico created to demonstrate community territorial claims. In a brief article in Tlalocan (1948), Barlow included this codex among his catalog of Techialoyan manuscripts.

The community of Santa María Tetelpan, a neighborhood in Southwest Mexico City and a semi-rural enclave in the metropolis, spearheaded the publication of this facsimile edition. Transcribed and translated by Ignacio Silva Cruz, it includes an archeological study by Rosa María Reyna Robles and several oral history testimonies by members of the community. Also known as Codex Coyoacán, this manuscript has been part of the JCB's collection since 1941, when it was donated by Henry Dexter Sharpe, chanceller of Brown University from 1932 through 1952.