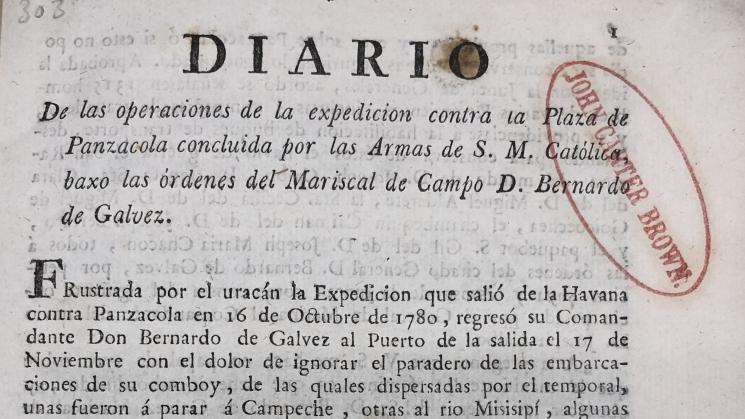 The JCB holds a great many works on this colonial history of Florida. The Siege of Pensacola, then the capitol of British West Florida, was fought from March to May 1781. Bernardo de Gálvez, who was then the governor of Spanish Louisiana, used forces from Havana and defeated the British forces, who were assisted by Choctaw and Creek Indians, on May 10th.

There are purportedly three 1781 issues of this work: the first printed in Havana, the second possibly in Madrid, and the third in Mexico City. None of the issue contains publication information. So how do we know where they were issued? We know because of the work of bibliographers such as José Toribio Medina, who saw copies of all three issues and compared them. In 2018, the library acquired an issue of Gálvez’s description of the siege from William Reese and Company, which is the Madrid issue. I compared it with a full text scan of the copy printed in Havana held by the Library of Congress (here) with the result confirming Medina’s observations of many reset sections. The JCB also holds a copy of the Mexico City issue, acquired before 1870, which has yet another setting of type from both the Havana and the purported Madrid issues. We now only lack the original Havana, 1781 printing. We invite scholars everywhere to compare all three issues of this work. 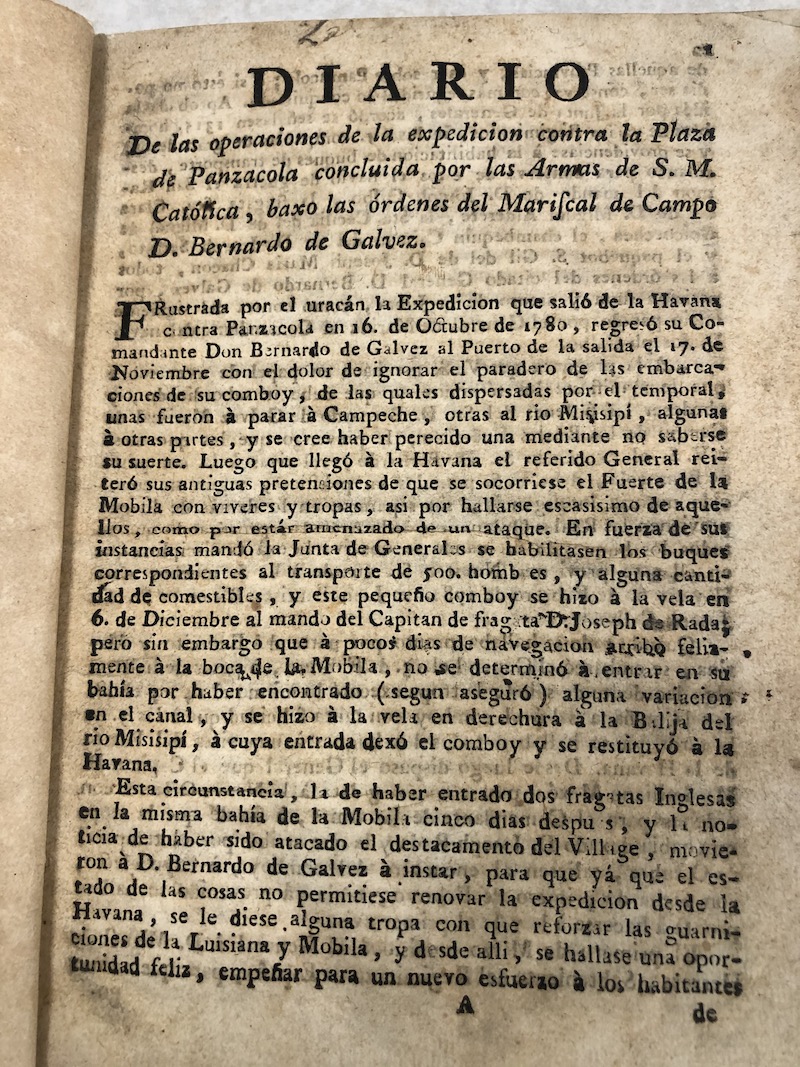 Adventures in Cataloguing is a monthly feature written by Rare Materials Cataloguer, Allison Rich, which will highlight a freshly catalogued item, which she considered particularly interesting or challenging.