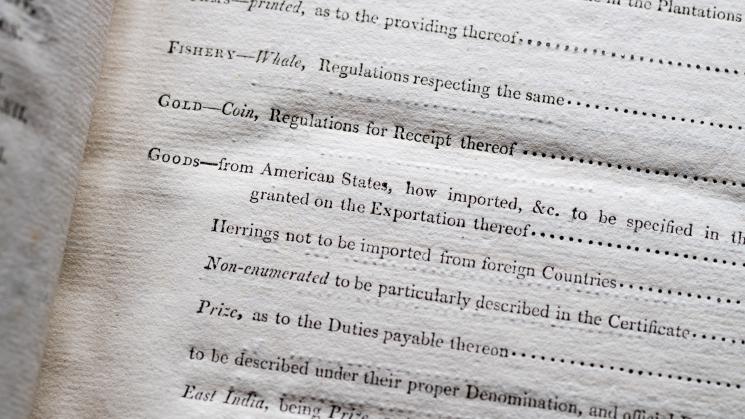 Adding to its materials related to the history of food and the environment, the Library acquired in early 2018 an extremely rare collection of directives from the British Government related to the administration of various West Indian Plantations. General orders for the government of officers in the plantations (London: Henry Teape, 1805) contains 111 directives from the Custom House in London to the officers in the ports of the British territories. The directives are organized chronologically from 1764 (discussing the implementation of the Sugar Act) to 1805 (with guidelines on the salvation of wrecked vessels and goods), and a number of them deal specifically with the slave trade. In 1805, the orders were bundled and preceded by a title page and subject index.

Only one other copy of this work is recorded (in the British Library) and the JCB’s copy originates from the private collection of the London-based rare book dealer Richard von Hünersdorff, himself a co-author of an important bibliography on coffee that illuminates the bureaucracy of empire. 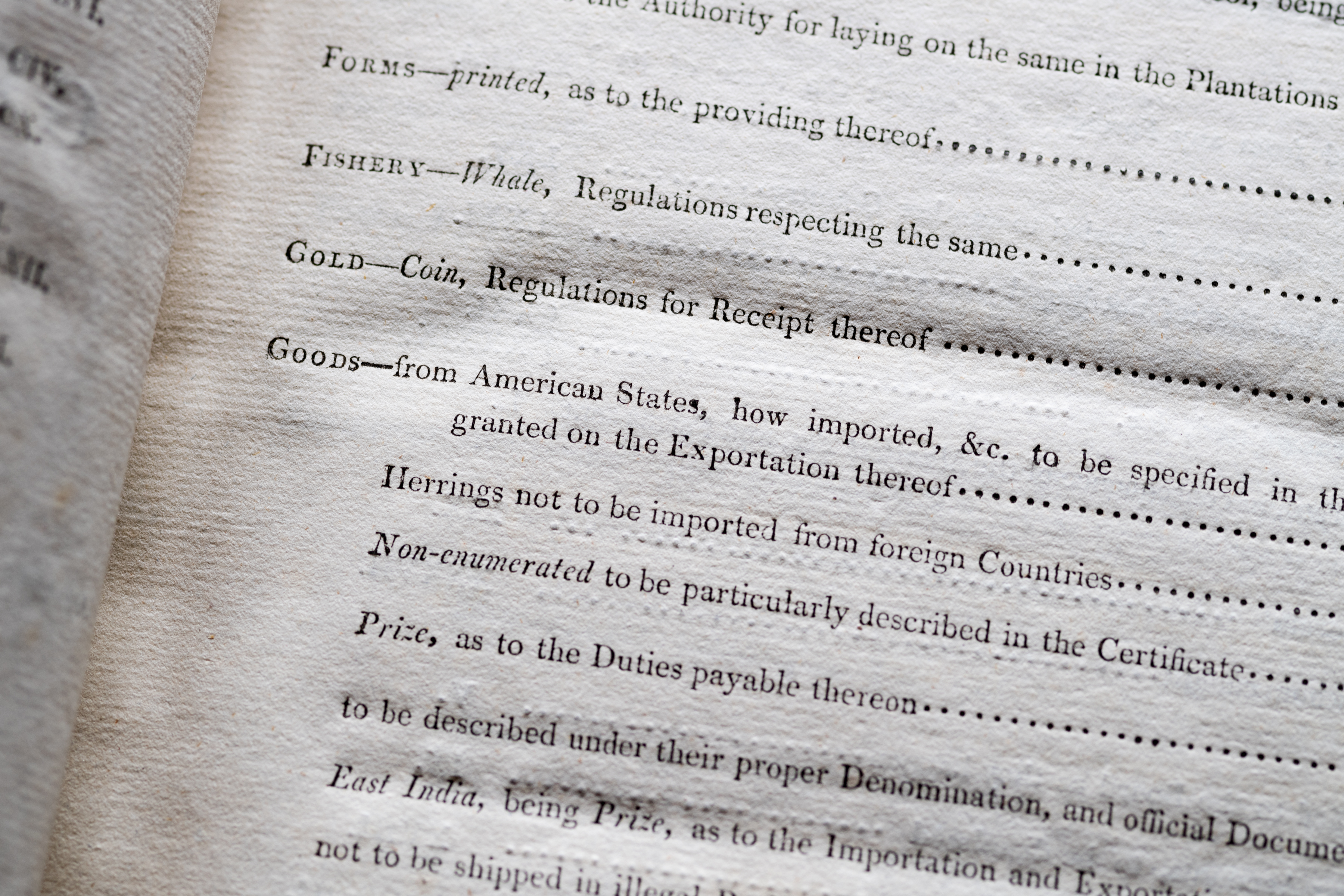