Marie of the Incarnation was born Marie Guyart in Tours (France) as the daughter of a silk merchant. She married young and was left a widow two years later. Leaving behind her young son, she became an Urseline nun and left for Quebec in 1639. Marie established the first girls’ school in the New World (1642), open to both French and Indigenous girls. Marie learned multiple Indigenous languages and wrote dictionaries and catechisms in each (none of which have survived to today). Many of the letters she wrote, mostly to her son Claude, were published posthumously and are an important source on the history of New France in the 17th century. This earliest biography was in fact written by her son, who had become a Benedictine monk and mystic himself. 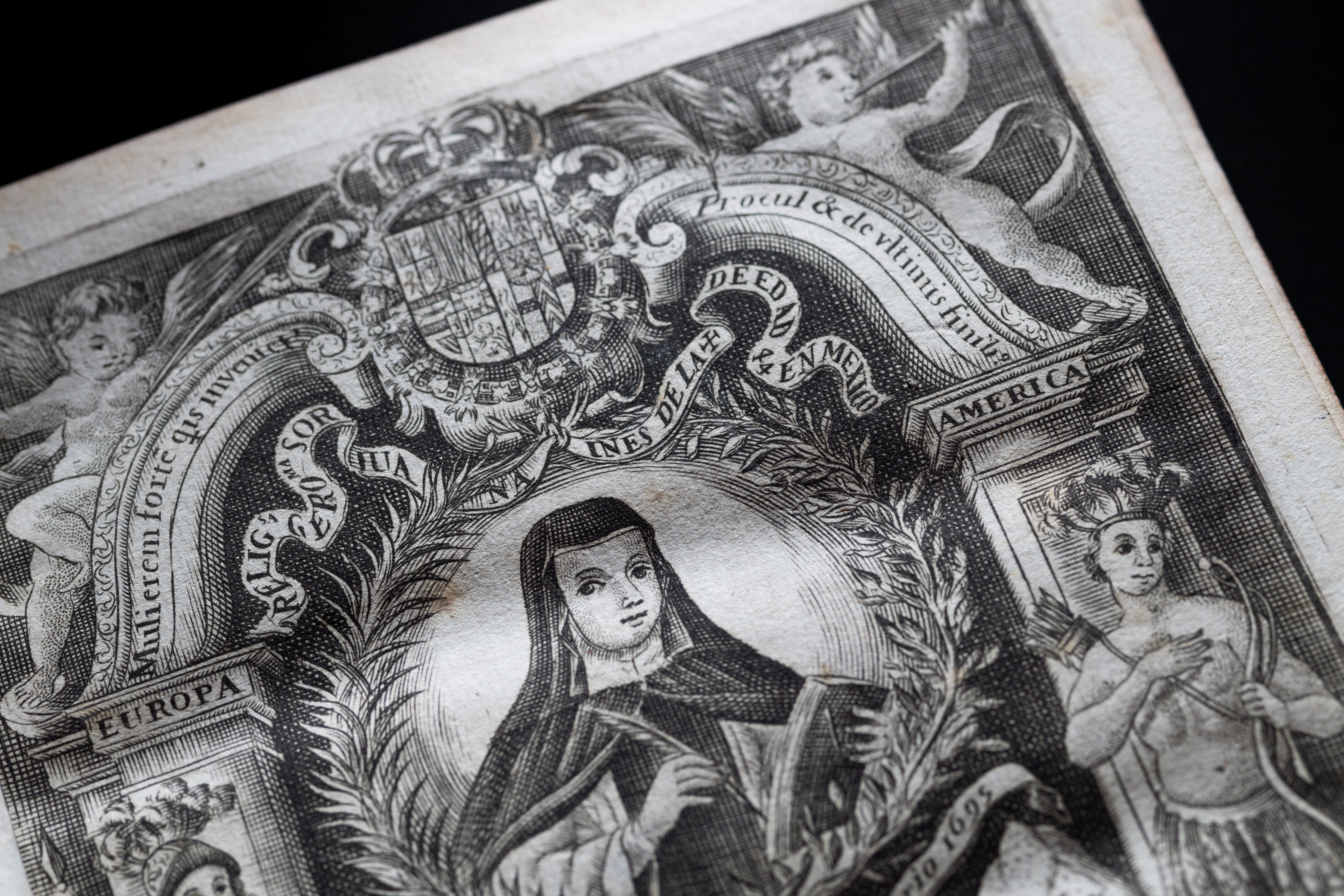