The JCB’s extensive collection of marine atlases contains treasures published between the seventeenth and the nineteenth centuries, and reflects growing European concern for accurate sailing directions and hydrographical representations of expanding overseas colonial commitments. For example, as the value of the colony of Saint Domingue (today’s Haiti) increased dramatically to the French Crown after the mid-eighteenth century, so did pressure to improve existing nautical charts of the island of Hispaniola on which it was located. For this reason, naval officer A.-H. -A. de Chastenet, count of Puységur spent 14 months taking cartographical measurements of the colony in 1784-5, especially of the straits and passages on the north of the island where the crucial ports of Cap Français and Môle Saint Nicolas were situated. In 1787, based on his work, the Naval Ministry published this atlas containing highly accurate maps that weren’t bettered until the twentieth century. 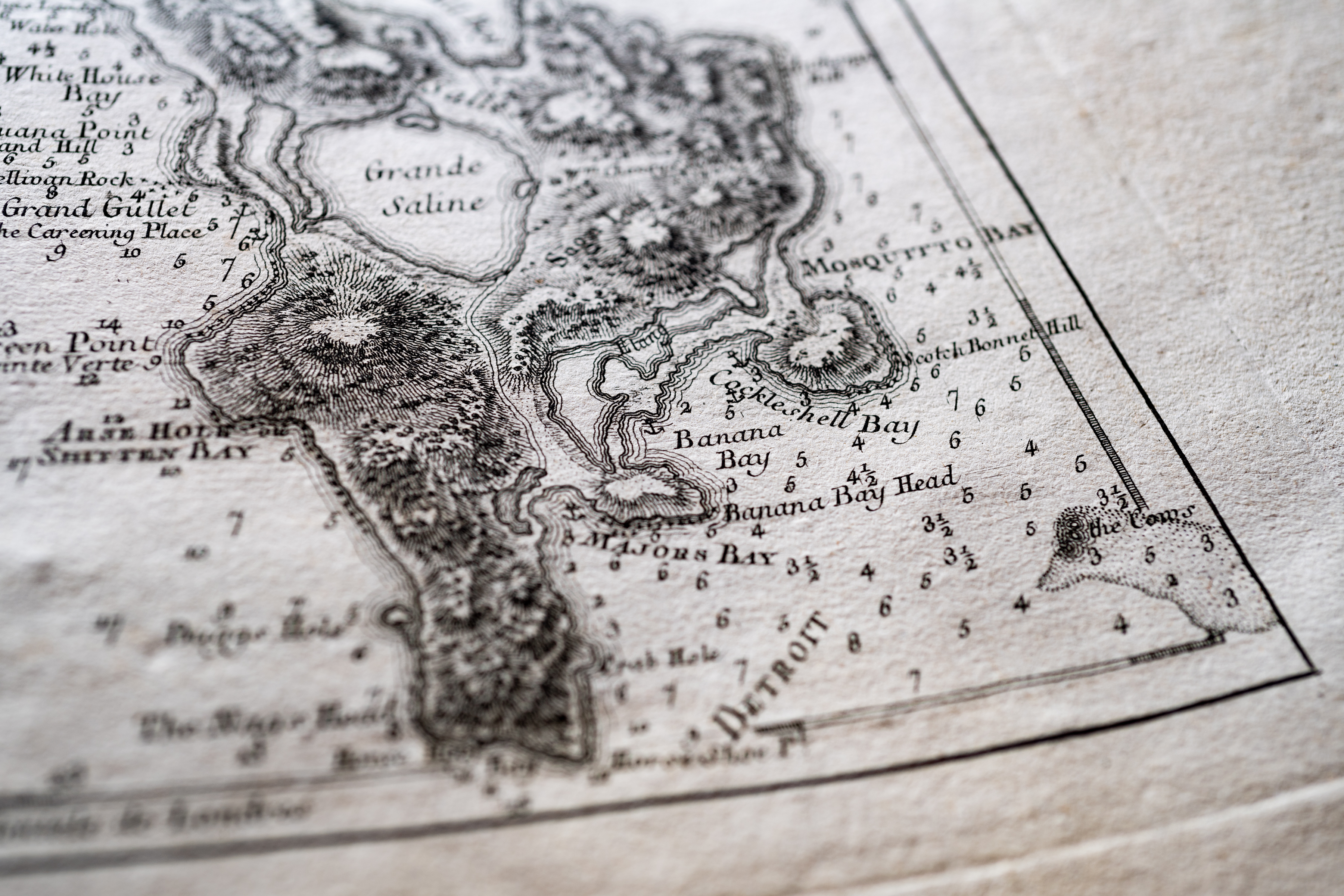