A plan representing the form of setling the districts, or county divisions in the Margravate of Azilia

In 1717, Sir Robert Montgomery proposed the creation of a new colony on the eastern seaboard that would be independent of the colonial authorities in South Carolina, a colony he named the Margravate of Azilia. This map was drawn and printed to accompany the pamphlet in which Montgomery promoted his would-be colony, and it delineates the organization of land and labour and the layout of commercial crop production in an enormous utopian grid, containing a total of 256,000 acres of land. The grid, protected by a fortified perimeter, contains the Governor’s House at its center, four great quadrants of parkland, 116 estates belonging to the gentry, with the land worked by indentured laborers closest to the edges. The map thus fuses something approaching a realistic depiction of plantation agriculture with an idealized and European-derived vision of peasant landholdings in which the peasants’ home are located at equidistant intervals dispersed amongst their vast properties, which had no anchor in the colonial reality of the time. 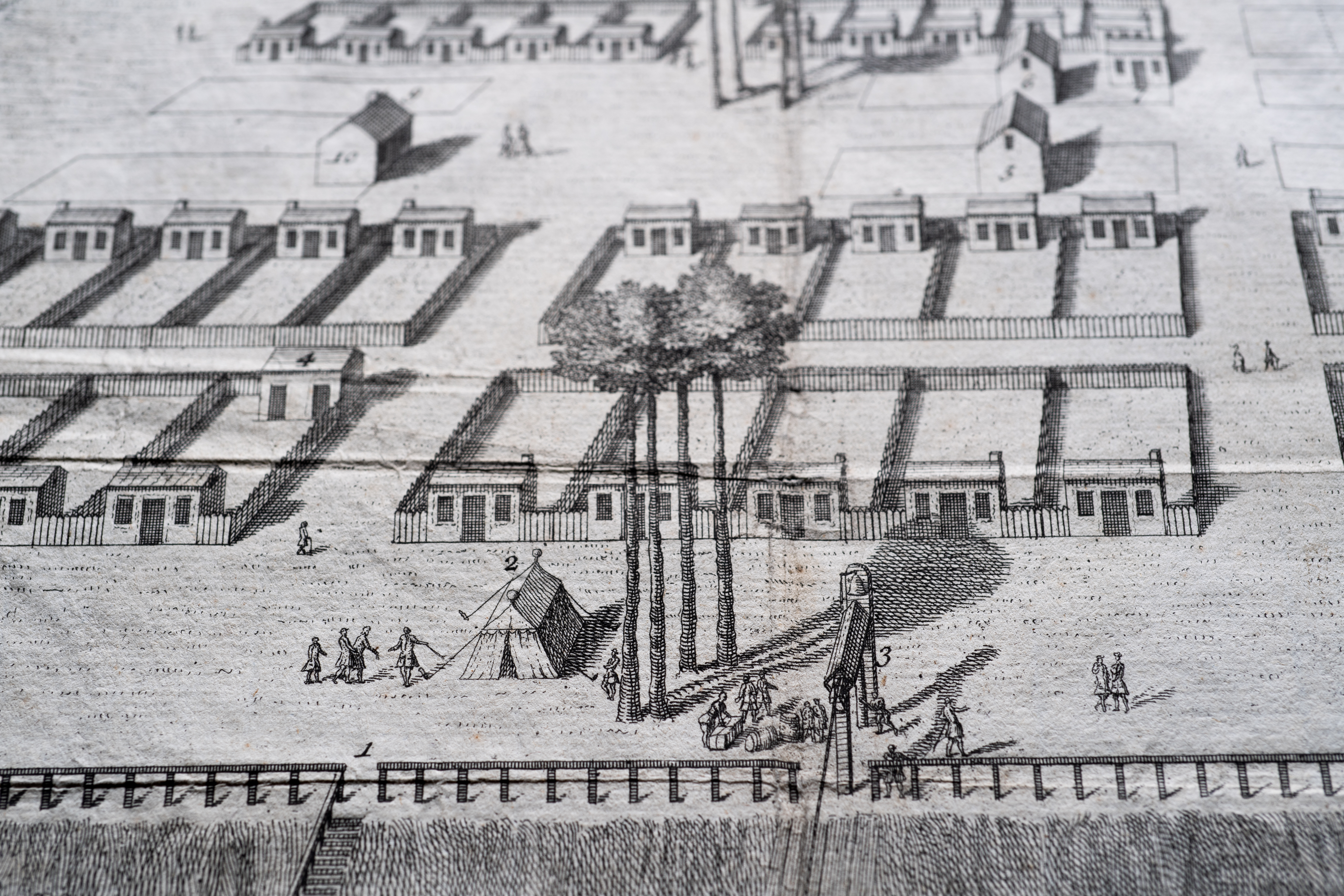