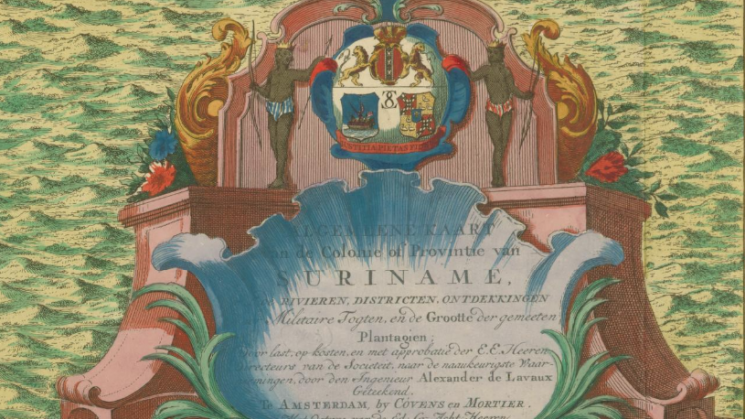 This striking map is a later edition of the original 1737 plan of the Dutch colony of Suriname made by Prussian engineer, Alexander de Lavaux, who was hired by the Society of Suriname to create a cadastral map, listing property owners and connecting to them to their estates in the colony. Lavaux had been present in the colony for several years; among his other activities, he had been employed to hunt down maroons, self-enfranchised former slaves who had fled their servitude and lived autonomously in communities, often in uneasy proximity to plantations and other colonial settlements. 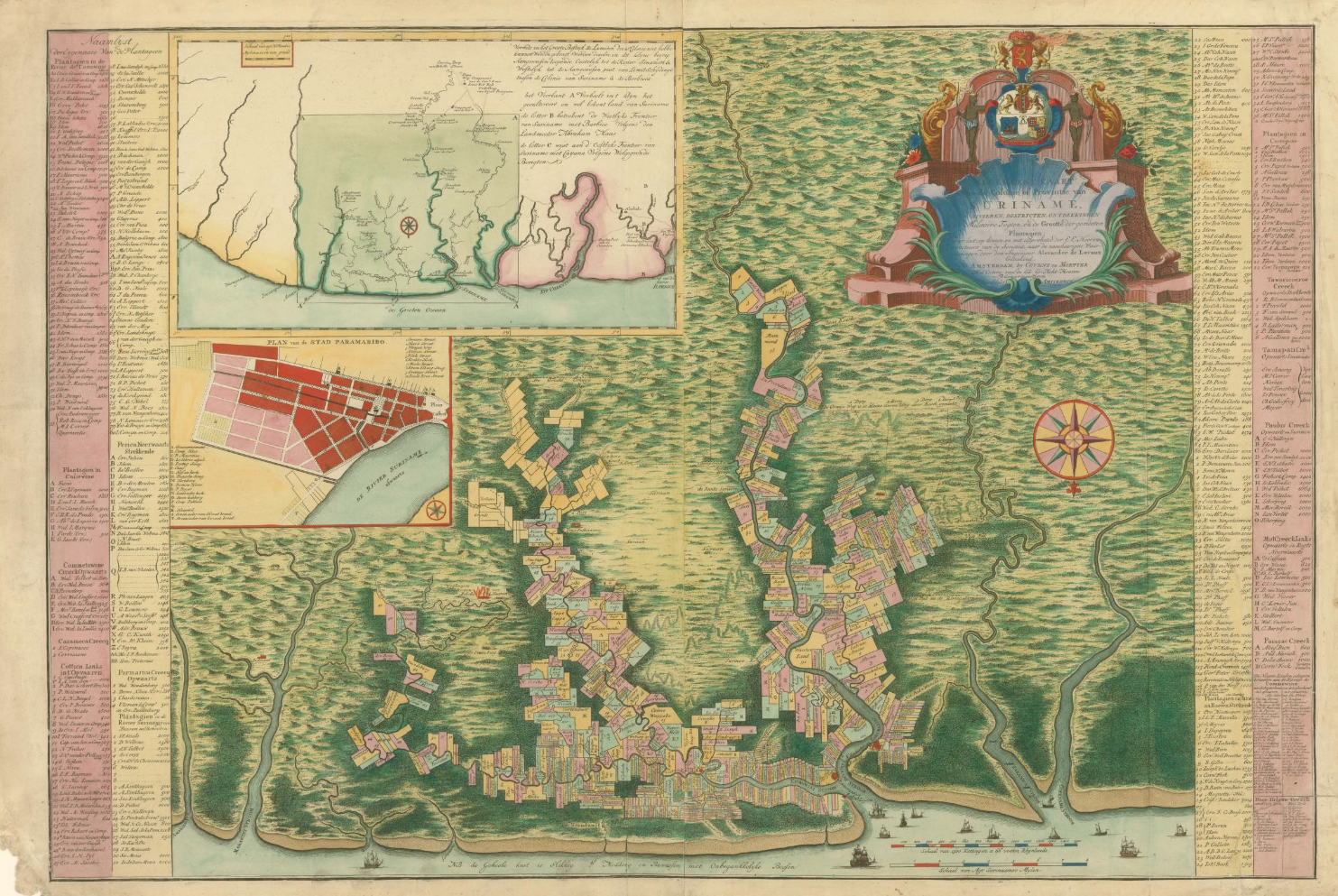 In a cartographic gesture similar to one that would be used several decades later for the mapping of the interior of Jamaica, Lavaux used the geographic information collected from these expeditions and his awareness of maroon communities to create his 1737 plan, reflected in this later edition of the map. While the squared-off rectangles of colonial landholdings march in regular formation up and down the Commewijne and Suriname Rivers and their tributaries, the vast, green hinterland stretches southwards towards the top of the map, away from the coastline. Significantly – and very unusually for a printed map - the smaller-scale inset map of the region at the top of the map identifies in red four villages of run-away slaves, all located upriver from the coastal landholdings that are the focus the main map. One of these villages appears on the larger map, depicted by flames, located a short distance from two plantations. A second inset map of the urban grid of the colonial capital of Paramaribo, a decorated compass rose, and an ornate title cartouche complete the map, a tribute both to Dutch colonial might and to the ability of those whose labor underpinned this might to circumvent it.